THE RISE OF THE KENYAN RUNNER….

Its was over ten years ago that I set out to attempt my first ultra-marathon run – The Comrades Marathon; an 89.9 km race from Pietermaritzburg to Durban. My preparation for this race was nothing short of spectacular (or so I thought). I was averaging between 100-120 km a week, most of those miles at midday, in the midst of the sweltering Durban heat in an effort to acclimatize. It was only at the end of the race that I realized I had made the mistake almost all novice runners make – we measure our training by the number of miles we run, rather than by the quality of those miles. Simply put, we very often train without a purpose.

Have you ever asked a runner what they were hoping to accomplish on a given run? Chances are, they would just stare back at you blankly. The truth is, if you don’t know what you training towards, how can you possibly infuse quality in to your training. Working with professional athletes has taught me the “Training with a Purpose” philosophy which is guaranteed to favor quality over quantity.The years that followed, allowed me the opportunity to analyze, under the proverbial microscope, the lifestyle and training philosophy that has catapulted Kenyan running into the international spotlight. It was my time in the Rift Valley that helped me understand the importance of “Training with a Purpose”.

For many years, I have been traveling into the Rift Valley to understand what exactly it is that has given the Kenyan running regime the upper hand on the last two decades.

Lots of my research pointed towards socio-economics and the Kenyan way of life. In the Rift Valley, whether you a Boston winner, an Olympic Gold Medalist or a schoolboy, you will inevitably be training on the same track with each other. The lack of infra-structure was compensated by simply creating an environment that is best summed up by their philosophy – Good People Make People Better. All they did was ensured that they infused their training environments with quality, and let the reciprocal effect of that environment filter through. It was brilliant – simple, but absolutely brilliant.

For years, it was also believed that their early childhood training was instrumental in their success. Children walking or running to school had given them the added advantage over their sedentary counterparts is USA and Europe. This lead to some interesting research. A group of scientist tested the VO2 max of sedentary kids in Kenya but found nothing exceptional that pointed to them becoming world class athletes. Though, what they did notice, was that the almost 7-8km of walking a day resulted in a low BMI. A low BMI plus a high VO2 max score (these two are inversely proportional), will predispose you to being an athlete with extremely potential. They found that sedentary children who walked regularly, had a low BMI and a high VO2 max which put them in a category that could potentially run marathons in 2:18.

Here is something interesting for you to try…

A report recently compared 14 fully mature Kenyan marathoners with an average best time of 2:07:16. When you calculated their height (inches) to weight (pounds), they were in the region of 0.53. You can compare yourself by dividing your height (inches) by your weight (pounds). If you score is anywhere around 0,5, you might have a chance against them. If you in the region of 0,3 or 0,4 you are probably better off challenging them to a game of chess 🙂

Kenyans have always been good runners. We’ve only just noticed because off their access to international competitions. Research into their success is an ongoing project that will continue to reveal more and more secrets, but until then, there is one thing we know for sure – the amount of walking they encompass into their lifestyle is a predictor for excellence in sport and a healthy life. So if wish to follow suit from the worlds leaders in running and living, put on your Stepathlon pedometer and starting marching…. 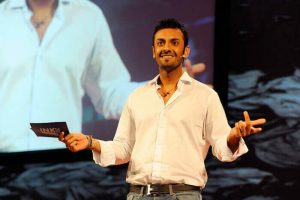 Despite their immanent suitability as writing surfaces, walls that have been written on are typically considered professional resume writing unsightly, if not vandalized, in most parts of the world today.